Courage: You can always do more than you think

Now for some illustrative poetic licence.

Constantinople – “The city has fallen; we are overrun by an army which pays no heed to world order.”

Genoa, not long after – “The trade of the Silk Road is under threat; commerce that was hitherto lucrative is now thrown into uncertainty and disarray. We must adapt if we are to survive this level of cross-border disruption.  The sea route around Africa whilst long and expensive remains our only option”.

Cordoba, later still –  “Do not listen to any heretic cartographer who would have you believe that chasing the sun in a boat will yield any cure for this ill; he will be certain to fall off the edge of the known world into the abyss”.

In these turbulent times of pandemic, when the normal routes on our own Silk Roads have been disrupted, we are faced with three very human choices – fight, flight or innovate.  We can fight and retake Constantinople; or flight, by circumnavigating Africa; or we can innovate, by being courageous in the belief that the sun will indeed lead us to the landfall we seek.

These days, we associate the concept of courage with acts of bravery and heroism.  This is much changed from its original definition. The root of the word courage, ‘cor’ – is the Latin word for heart. In one of its earliest forms, the word courage meant “To speak one’s mind by telling all one’s heart”. Now that takes a lot of vulnerability to do, but the payback is enormous. Columbus probably chose not to pay too much attention to the ‘danger, open-seas’ sign at the harbour exit; I imagine that some of those that sailed with him might not have shared his courage; yet I venture that they would certainly have had a level of trust in a man whose acceptance of his own vulnerability had engendered something far greater – being seen, the most essential of ingredients when whipping up a ‘great leader cake’.

Courage is a staple of the stories that humanity has told down the generations, surviving the test of time thanks to a universally relatable impact on the human condition.  Courage often rocked up as the handsome prince coming to rescue his equally handsome princess from some manner of dark magic; even films today play out this age old formula of endeavour, personal sacrifice and ultimately triumph – it gives us hope, it is satisfying our desire for things to be better.  Arguably, it is why some folks don’t like the middle film in a trilogy, because this is when the baddies have the upper hand (they have got you in flight mode sailing around Africa again).

Courage to step into the unknown is where the magic happens

The mindset of courage is essential for growth; on a personal level, it is the times when you have had the courage to take a risk and step outside your comfort zone that the magic happens.  This goes the same in business, entering unchartered territory requires that same courage, that same vulnerability, because there is always the chance that you might not make it to the Bahamas.  That step into the unknown is one of the main reasons that some organisations do not innovate; why some individuals prefer to stay where the comfort is.  You are far more likely to be successful if you are purpose driven and know where your opportunities lay; what ideas are going to help you the most; and which plan is most likely to succeed.

Using the Six ‘I’s® of Innovation we define the mindset of courage as an attitude that spurs someone to act despite challenges or difficulties; it is choosing to go ahead despite the gut-wrenching punch in the stomach feeling that ‘they’ might well be right, those ‘nay-sayers’ who have come to wave us off from the safety of the harbour wall. Worrying about what others think leads us to build limitations we place on ourselves, and worse, we eventually start to believe more in the limitations than we do in ourselves.  The way to overcome this, for yourself, or culturally for an organisation is knowing that it is OK to lose too. Build this attitude of tolerance into your outcome, appreciate that the value is in the journey itself and the lessons learned.   Before great success comes temporary defeat and causes are only lost when we choose to give up.  Choose courage, chase the sun in a boat.

At Learning Behaviour and Change we devised a two-day course with this theme, we called it “Courage, you can always do more than you think”.   Now could be the time to dust that one off again. 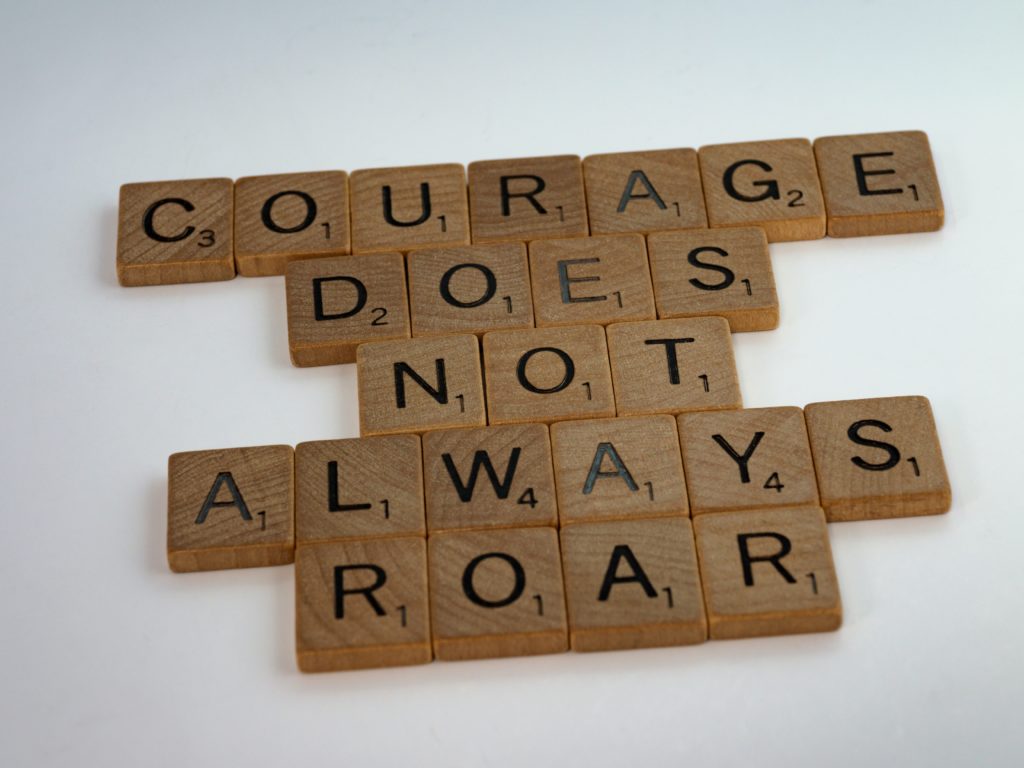 The clever Principal said “You are going to be fifty anyway”

On a holiday to the Philippines, I was lucky enough to see something both clever and stunning. I went to the north of the country to visit the one thing I really wanted to see there, the rice terraces.  In the mountainous north, rice fields are just as required to grow the crop needed to feed the people as they are in the flatter lowlands.  But with less flat land available, the population optimised what they had and created terraced fields to grow the rice. This is what clever, and in this case stunning, looks like. It embodies the mantra

Purpose – Start where you are; use what you have; do what you can.

If you could only have one of the following, which would you choose? £500k; or greater awareness to a cause close to your heart; or to inspire others to greatness? This week I read one of those ‘great-news-stories’ that pop up every once in a while.  An 11-year-old boy slept in a tent in his back garden for 365 days, the purpose was to raise money for a hospice after fundraising events were cancelled due to covid. After he had done the entire year under canvas, he had raised £500k; he had raised awareness of the cause; and he has become

Commitment to your decision, yet flexible in your approach

Can I do commitment?  Sure, I can.  During lockdown, with gyms closed, I decided to do  ‘Couch to 5K’, the running app. I loved it, I was really exhilarated by the continuing challenge and I completed the nine-week course by running three lots of 5K.  I feel so much fitter for having done it – this is the value I gained by committing to the app.  I run an internal strategy for pretty much most things that I do.  I call it ‘the reward before the work’ strategy. Take my run for example, it is a ‘there-and-back circuit’. As I

Send us a message

Thanks to Hayley Gelder and Dan Stevens.